During a career spanning more than three decades, Mr Jen has pioneered new business units for respected financial and professional services firms across Asia Pacific. He also has led teams through some of the most devastating economic crises to hit the region over the years – from the Pan-Electric Financial Crisis in Singapore and Malaysia in late 1985, to the 1997 Asian Financial Crisis that was followed by the SARS outbreak in late 2002, and on through to the Global Financial Crisis precipitated by the collapse of Lehman Brothers in 2008.

Along the way, Mr Jen has been a Consultative Member of the Singapore Government’s Parliamentary Committees for the Ministry of Finance and the Ministry of Trade and Industry. His counsel blends practical wisdom with wit and humility, a personal trait that he believes every successful leader should have.

Asian family businesses vary tremendously in terms of their maturity, size, and complexity. Working with them fruitfully requires a high degree of cultural sensitivity as well as the ability to tailor our services to suit their specific needs.
Shek Chuen Jen 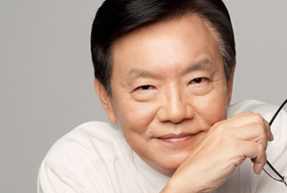